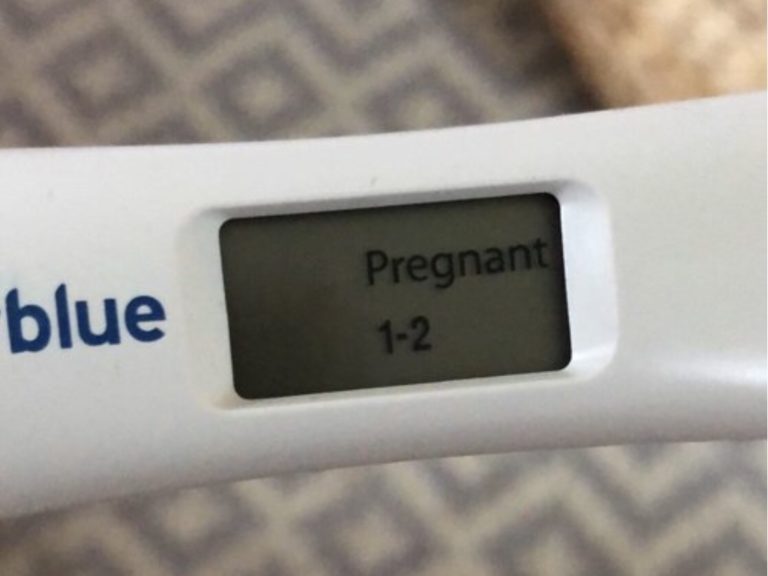 Saturday 27th June - initially, we had decided to go to Em and James' house on Sunday 28th July, which would have been 9 days after our transfer.

S: Saturday 27th June – initially, we had decided to go to Em and James’ house on Sunday 28th July, which would have been 9 days after our transfer.

However, Jack needed to go to a meeting late Sunday morning, and I didn’t want to be alone if it was negative, so we moved it forward a day. Em took the test in the morning, and we were due to go and look at it later that afternoon, but we all woke up and couldn’t wait for that, so Em and James looked and FaceTimed us.

E: I was adamant I’d be totally patient and chilled about the whole thing. Once the test was done and in the box (the intention for us all to look together), I just couldn’t wait!! I got the go-ahead from S&J and looked…

S: 1-2 weeks pregnant on Clearblue Digital. As much as I couldn’t believe it, I had a hunch a couple of days before that it was going to be positive, and I think we all allowed ourselves a few moments of relief.

E: I knew they wouldn’t believe the words coming out of my mouth so we sent them a picture of the test result, then FaceTimed them immediately! We were all still in our pjs and totally in shock/over the moon about what had just happened!

S: Very quickly, my anxiety set in, and I asked Em to do another test where the lines show up rather than being Digital. This has always been how I’ve known my pregnancy hormone levels are or aren’t rising and, therefore, whether the pregnancy was progressing. Unfortunately, the next test she did that morning was super faint. It worried me, and I wasn’t happy.

E: The faint line didn’t worry me – both James and I agreed that a positive is positive until proven otherwise- but we’d never been through the heartache of the line getting fainter so couldn’t disregard what Soph was saying. I think Jack was remaining positive too- maybe more for Soph!

S: I bought some first response tests and took them to Em that afternoon. It was definitely positive but still a light second line. I really felt unconfident and prepared myself for it to be a chemical pregnancy which would ultimately mean it was our embryos causing all our problems and not me carrying.

E: I still refused to believe anything but what the test was saying- positive!

S: We did another test the next morning which gave a marginally darker second line. I then spent 2 hours searching Instagram looking at how dark other women’s tests were at the same stage as this. Some calmed me and others panicked me. But ultimately I was driving myself crazy!

E: I always knew this part would be the hardest for Soph- the daily testing and not knowing if this embryo had stuck. I visualised daily that it had and had no doubts at this point.

S: Another day later (so 2 days after our initial test) Em sent us a photo which convinced me it was a chemical pregnancy. The second line was a lot fainter than the day before and this is always what’s happened to me. We were now 10dp5dt (10 days past our 5 day old embryo transfer). We got the train up to London together to head to the clinic for the first blood test and I must admit I got myself in a pretty bad state. For me this was the end of having any hope of a genetic baby. I couldn’t quite believe that even in a surrogate we were still going to experience a chemical pregnancy. Em tried to comfort me and say there was still hope and she was going to hold onto that hope. The clinic did a progesterone and HCG (pregnancy hormone) blood test on Em and were going to call that afternoon.

E: So now my positivity wavered. There was no denying the line was fainter. I started to feel really really sad for all of us. We had gotten so far already! James kept me positive though as always.

S: We got a message from Em just after lunch with a photo of another test. It was darker and more importantly darker than the test we’d done 2 days ago. Very weird considering the morning test. The clinic called and said HCG was 51 and they look for it to be over 50 to confirm a pregnancy. In normal circumstances women would be excited but I knew from experience that although positive, this was a low level result. However I calmed myself down and focused on the darker lunchtime test she’d done.

E: The call from the clinic was really reassuring. She said the tests were very subjective and not to worry. We ditched no3 as it was so faint and seemed like a complete anomaly!

S: Repeat home test the next morning and the line was the same as yesterday afternoon. At least it hadn’t faded I guess. By this point I was torturing myself hourly searching Instagram for photos of other peoples tests at this point to compare and see what their outcome was. For every good outcome I saw I still focused on the one that was bad! I guess after 6 early miscarriages/chemical pregnancies it makes you go a bit crazy.

E: I just wanted that blooming line to get darker so we could all breathe the sigh of relief that I knew was in all of us- this embryo was just pushing us all to our limits!

S: Another morning test and still the same second line with no change in darkness. Em was going to try a couple more test brands in the afternoon.

E: We had gone camping and so I didn’t have the Clear Blue tests with me. But when I got home I immediately did one. It said 2-3 weeks! I then did one of the pink Early sign line ones and that was definitely darker- this embryo was finally giving us some fresh hope!

S: I was sat at work and actually googling best clinics for egg donation in Europe as that was really the next step in my head. Then Em sent a photo of the 2-3 weeks on Digital and a darker line test and I felt instant relief. I allowed myself to believe just for a moment this might actually happen. But we needed to wait for the blood test repeat.

E: It was the BEST feeling sending that 2-3 week test result to S&J!

S: Back for repeat blood test on 13dp5dt and hcg (pregnancy hormone) result came back at 161. Man why couldn’t it have been higher! Again I freaked out a little. Although it had doubled it was on the low end of the spectrum. Once again google became my friend and my enemy! I felt physically sick constantly and had chest pains throughout the next couple of days from the anxiety. Then one morning on the train I just knew I couldn’t keep doing it to myself – I had to try and forget the past and everything I know/had read and and focus on this current pregnancy.

E: Trying to keep Soph present was proving difficult but the tests were showing us what we needed- so both James and I kept her focused on this as much as we could over our group WhatsApp chat. But she was now supplying me with PREGNANCY vits instead of fertility vits- woohoo!

S: Over the weekend Em did some more tests and although marginal, the lines were definitely getting slightly darker everyday which was a good sign. I allowed myself a couple of days to feel slightly less anxious.

E: I never knew how much I could will a line to get darker- but I really was, every day now!

S: 3rd hcg blood test on 17dp5dt came in at 857. We needed anything above 750 to show it was doubling. A sigh of relief. I still knew this was at lower end of the scale but we still had hope and it wasn’t fading. Repeat to yourself Sophie, It hasn’t faded!

S: I read that going through a miscarriage is like having PTSD and I think this is quite a good way to describe it especially having been through numerous. I won’t currently let myself think past the next 24 hours. During the moments my thoughts wander I’m very quick to bring myself back to the present as I’ve been scarred too much before by daydreaming of being a mum.

E: Going through this early testing phase with S&J has been quite surreal. No one else has really known about the true extent of those early days and what we went through willing these lines to get darker. It was like living in a little bubble then having to get on with our days as normal. But I really really did remain positive throughout- unless someone had told me it hadn’t worked, I wasn’t going to believe it hadn’t!

S: At 5 weeks 4 days I asked Em to do our final digital test which I know ideally would say 3+ weeks at this point. I couldn’t wait one more day to do it so I sat watching my phone for the next few hours. It popped up and my heart skipped a beat – 3+. Yes. Instant relief and a rare moment of joy at least until we have an early scan at 6 weeks 2 days.

E: Another one of those BEST feeling moments for James and I- sending the pic of the 3+ week test. Lots of virtual whooping happened on that WhatsApp group!

S: A couple days later I’m back on Instagram searching again – #pregnancyafterloss #6weekspregnant #lineprogression you name it I try and find as many positive stories as I can but of course come across the negative aswell. That early scan can’t come quick enough….

I am now in Scotland, on a 4-week campervan trip. Not ideal timing in the sense that we want/need to do an early scan, but actually quite good for being able to try and get through the days now we’re... 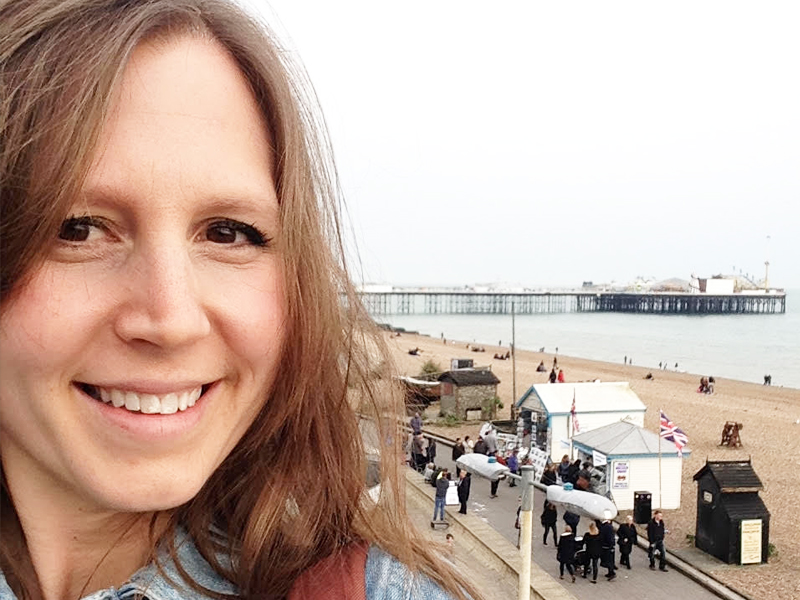 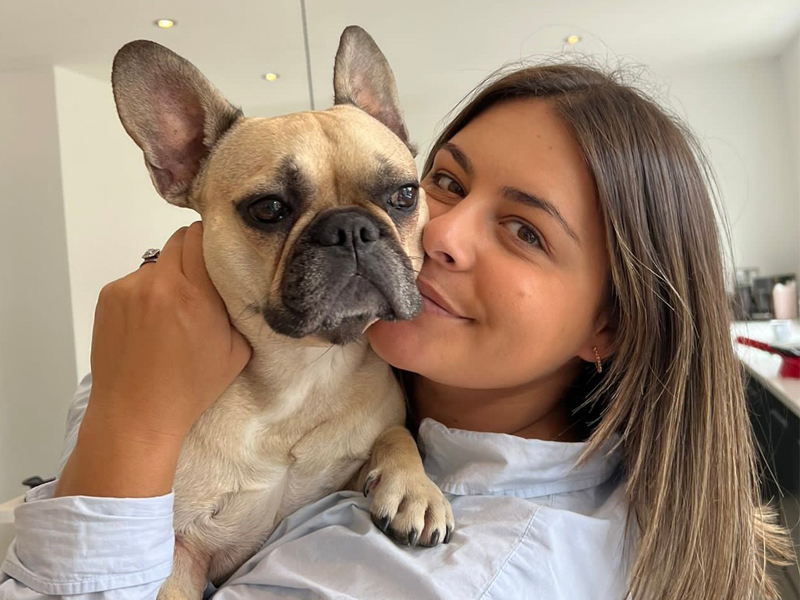 Natalie Bouscarle is the Parent Experience Coordinator at The Mindful Birth Group. Natalie ensures parents have a smooth and enjoyable experience through pregnancy and into parenthood. Find out more about Natalie. 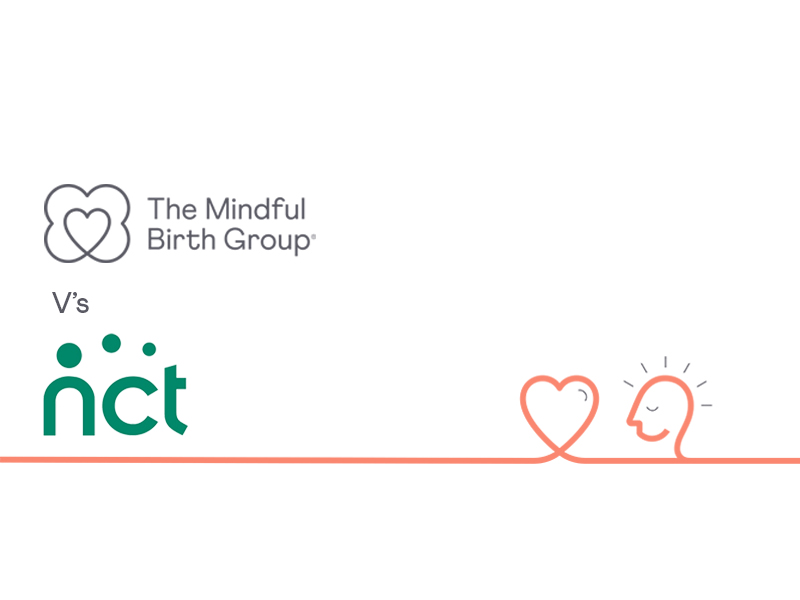 Why The Mindful Birth Group is different from NCT

The question we get asked the most is ‘should I take a Mindful Birth course AND an NCT course?’. Previous clients have dubbed us ‘the modern alternative to NCT’, so what’s the answer?

Instagram is where you need to be for free Mindful Birth
related content straight to your feed.

We are supporting @themotherhoodgroup and Black Ma 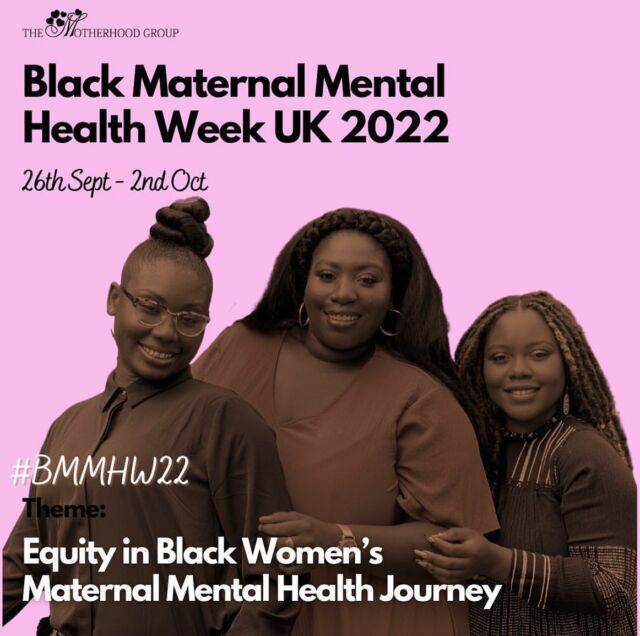 Reposting @readyprepbirth , one of our brilliant m 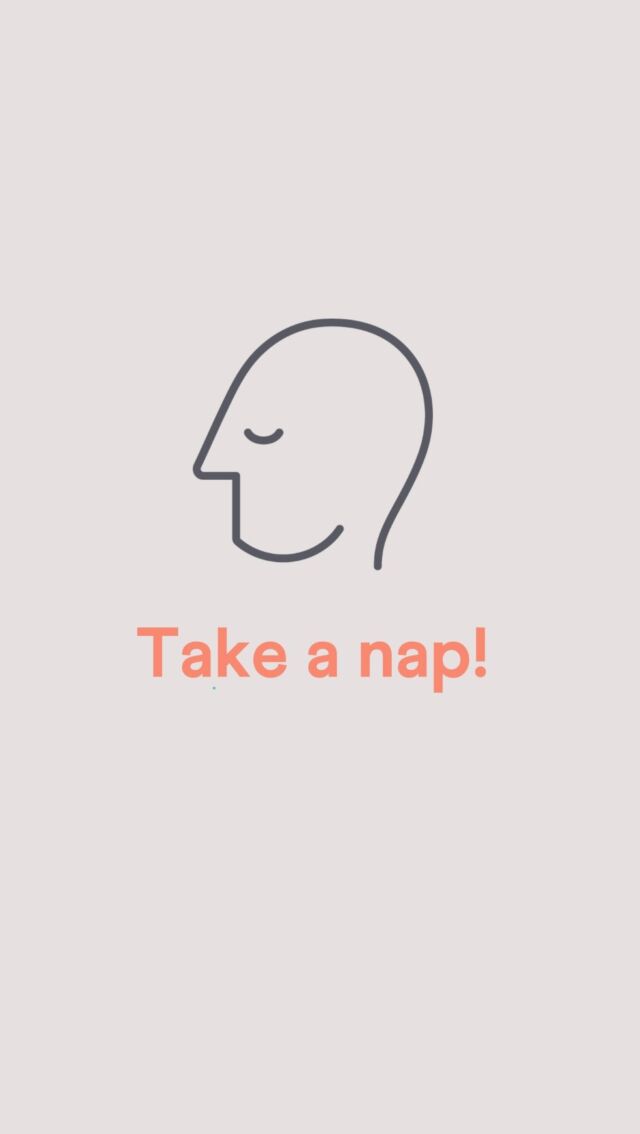 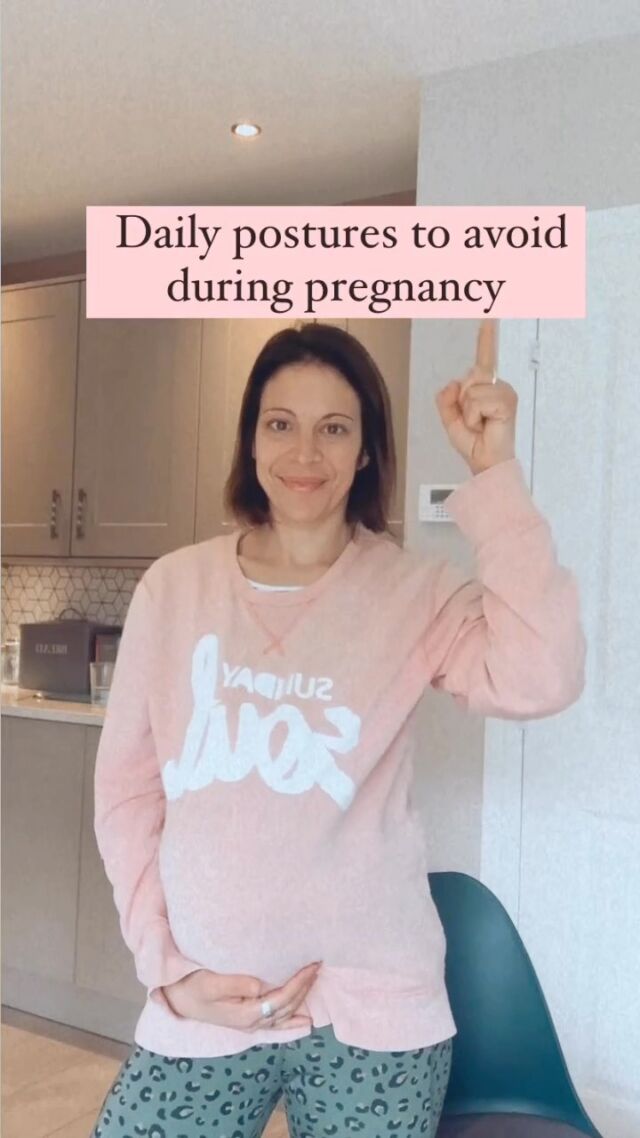 Due time fun 🤪 People mean well, but it can get 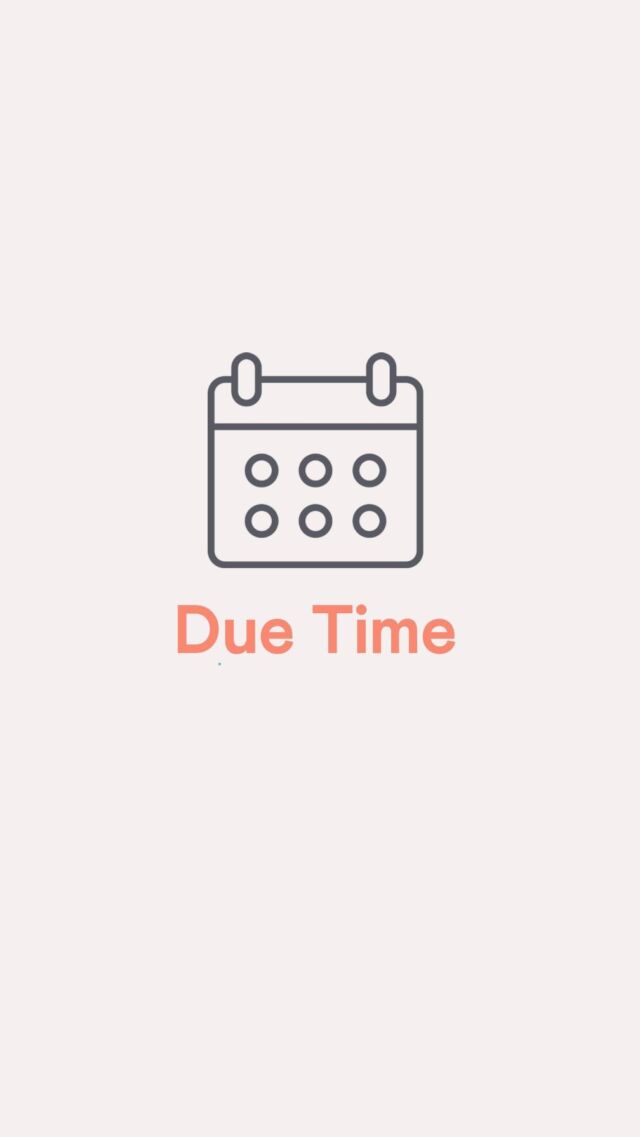 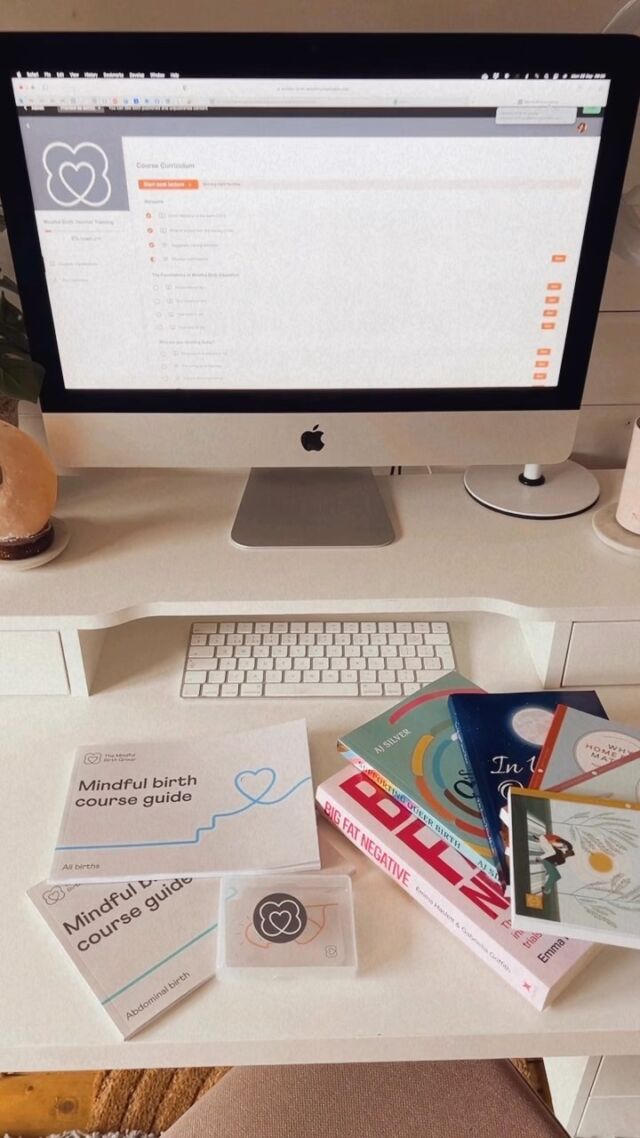 Reframing contractions as ‘waves’ 🌊 can rea

A little reminder that when things feel a bit too 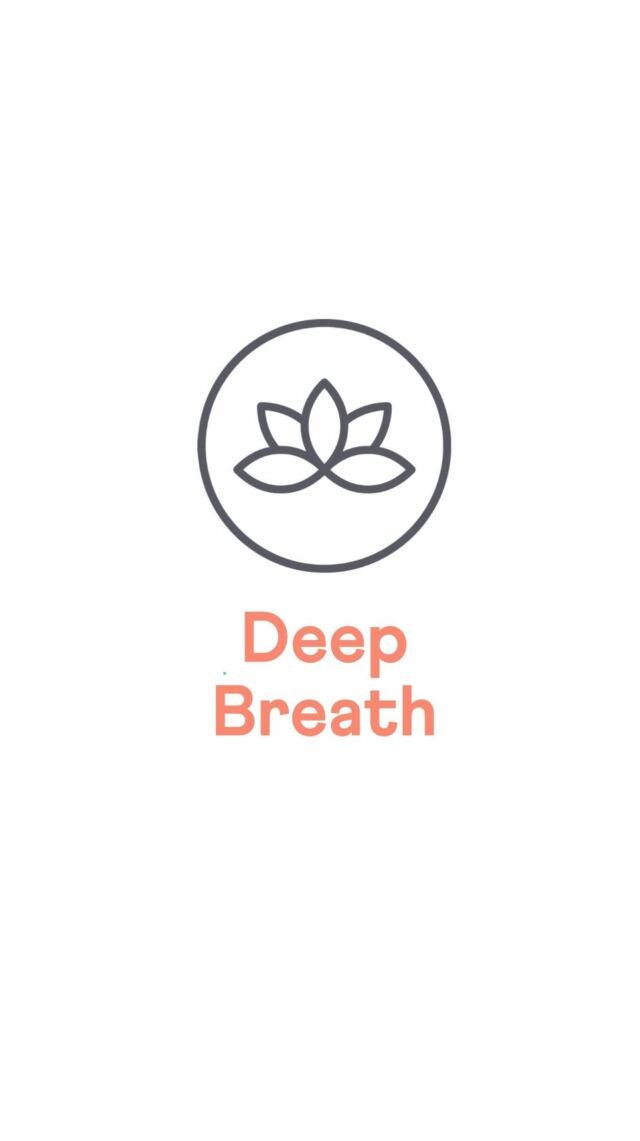 Why is The Mindful Birth Group different to NCT? F 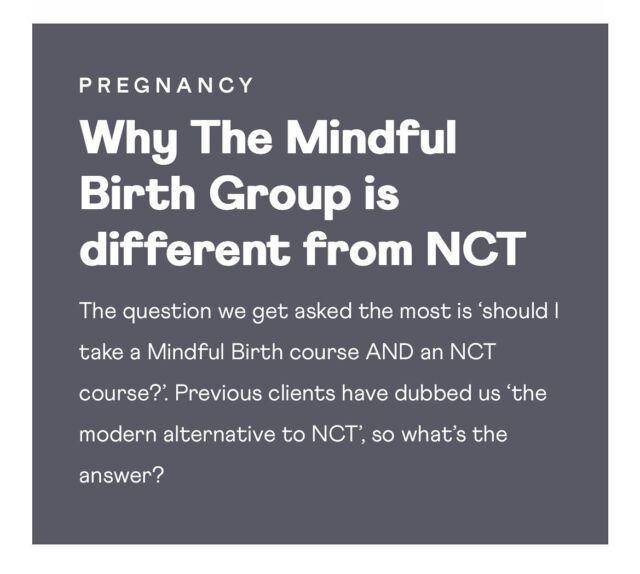